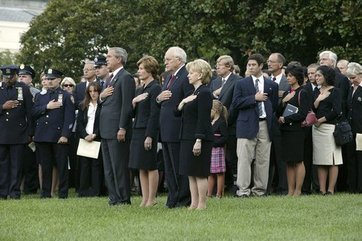 The brutal attacks that took the lives of 2,977 Americans, and created lasting loss and injury for thousands more, transformed our country.

But by September 12th, shock and horror were being replaced with increased faith, patriotism, kindness and resolve to defend our country and our God-given rights.

Video Remembrance: "The Prayer of the Children"

A Story for Children:  "The Little Chapel That Stood" 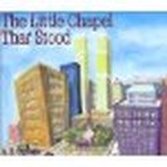 Looking for a meaningful story to share with your family on 9/11?  Here is one on video.

The message of "The Little Chapel That Stood" is that America is a great nation.  Terror is temporary and does not stay, but the freedom and courage of the American people are extraordinary and abiding.

*  Man in the Red Bandanna

A Poem to Memorialize the Terrorist Attack on the World Trade Center: 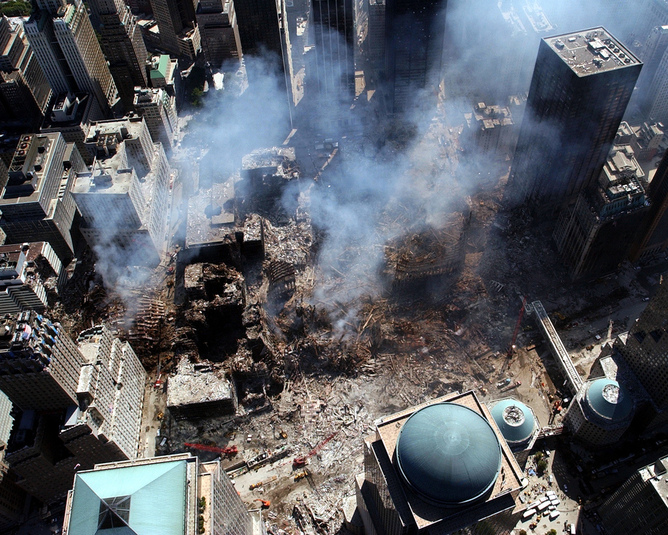 We watched the screen, horrified:
Though we’d seen the collapse
A hundred times
From ten points of view;
It couldn’t be true.

No warning.  No warning at all.
One minute filing papers, meetings,
Presentations, new promotions, interviews,
Potential clients, tours, shopping,
Drinking a Coke, grabbing a Danish,
Then shocked oblivion:
The airplane’s blast an exploding sun--
Evacuation for the lucky ones.

Dutifully, police then come
To serve, protect, direct mass exit.
Firefighters spray the blaze;
Exhausted from walking up flights and flights
And flights of stairs.
Caught unawares
These brave ones crushed by falling death.

Thousands of tapers
Blown out by heaving sigh,
Groaning under steel and cement
Dropped from blue sky.

Thousands of papers
Covered with soot,
Once carefully filed,
Now scattered for miles.
Rescuers trudge over them,
Searching for valuables under the rubble.

Still we watch . . . and count.
Number each loss of fathers, mothers, daughters, sons,
Grandparents, aunts, uncles, cousins.
The children never again picked up from day care by parents.
Weddings which will never be.
Ball games with Dad indefinitely delayed.
Vacations ending in triage or morgues.
Dry cleaning with missing owners.
Lifetimes of unfinished business.
A thousand stings of reality.

Then ponder our own drive to work,
Of last words spoken before leaving,
And the warmth of the embrace we gave once home
As we touched them like it was our first . . . or last time.

The living—shall we yet live?
Those of us more lightly touched
Feel haunted by our lost security.
We’ll hold each other longer at airports,
Leave everyone with a kinder goodbye,
And greet strangers, now siblings in this dreadful birth.

Those whose grief more deeply lies
Will feel the grip of this day on their hearts,
Though loosen slightly over years,
Never really disappear.

Each day, to wonder and decide:
Is life a curse, from which to hide?
A nightmare that the morning’s wake
But continues barren ache?
Or life a gift—first sullenly received,
But later loved more fully for its fragility?

Jenny Scoville Walsh wrote this poignant remembrance on the night of September 11, 2001.
She couldn't sleep until she wrote everything she was thinking and feeling on that horrible day.