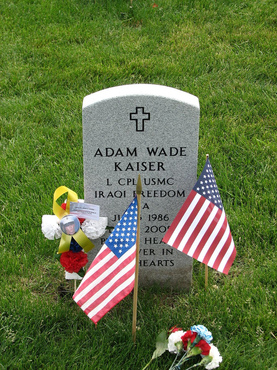 “Today is the day we put aside to remember fallen heroes and to pray that no heroes will ever have to die for us again. It's a day of thanks for the valor of others, a day to remember the splendor of America and those of her children who rest in this cemetery and others. It's a day to be with the family and remember.”  ~Ronald Reagan

"These are the times that try men's souls. The summer soldier and the sunshine patriot will, in this crisis, shrink from the service of their country; but he that stands it now, deserves the love and thanks of man and woman."  Thomas Paine

"But in a larger sense, we cannot dedicate, we cannot consecrate, we cannot hallow this ground. The brave men, living and dead, who struggled here, have consecrated it, far above our poor power to add or to detract. The world will little note, nor long remember what we say here, but it can never forget what they did here."   Abraham Lincoln

"Posterity who are to reap the blessings will scarcely be able to conceive the hardships and sufferings of their ancestors.”        Abigail Adams

"To be prepared for war, is one of the most effectual means of preserving peace." George Washington

"Gentlemen may cry, Peace, Peace-- but there is no peace. The war is actually begun! The next gale that sweeps from the north will bring to our ears the clash of resounding arms! Our brethren are already in the field! Why stand we here idle? What is it that gentlemen wish? What would they have? Is life so dear, or peace so sweet, as to be purchased at the price of chains and slavery? Forbid it, Almighty God! I know not what course others may take; but as for me, give me liberty or give me death!  Patrick Henry

"In war, there are no unwounded soldiers.”  Jose Narosky

"War is an ugly thing, but not the ugliest of things.  The decayed and degraded state of moral and patriotic feeling which thinks that nothing is worth war is much worse.  The person who has nothing for which he is willing to fight, nothing which is more important than his own personal safety, is a miserable creature and has no chance of being free unless made and kept so by the exertions of better men than himself.”  John S. Mill

"With malice toward none; with charity for all; with firmness in the right, as God gives us to see the right, let us strive on to finish the work we are in; to bind up the nation's wounds; to care for him who shall have borne the battle, and for his widow, and his orphan--to do all which may achieve and cherish a just and lasting peace, among ourselves, and with all nations."  Abraham Lincoln

"Let the American youth never forget, that they possess a noble inheritance, bought by the toils, and sufferings, and blood of their ancestors; and capacity, if wisely improved, and faithfully guarded, of transmitting to their latest posterity all the substantial blessings of life, the peaceful enjoyment of liberty, property, religion, and independence."  Joseph Story

Freedom is Not Free
by Kelly Strong

I watched the flag pass by one day.
It fluttered in the breeze.
A young Marine saluted it,
and then he stood at ease.

I looked at him in uniform
So young, so tall, so proud,
He'd stand out in any crowd.

I thought how many men like him
Had fallen through the years.
How many died on foreign soil?
How many mothers' tears?

How many pilots' planes shot down?
How many died at sea?
How many foxholes were soldiers' graves?
No, freedom isn't free.

I heard the sound of TAPS one night,
When everything was still
I listened to the bugler play
And felt a sudden chill.

I wondered just how many times
That TAPS had meant "Amen,"
When a flag had draped a coffin
Of a brother or a friend.

I thought of all the children,
Of the mothers and the wives,
Of fathers, sons and husbands
With interrupted lives.

I thought about a graveyard
At the bottom of the sea
Of unmarked graves in Arlington.
No, freedom isn't free.