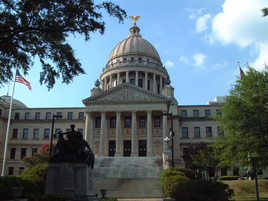 "Governments are instituted among men, deriving their just powers from the consent of the governed."  Declaration of Independence

“…this nation, under God, shall have a new birth of freedom; the government of the people, by the people and for the people, shall not perish from the earth. “ Abraham Lincoln

“The powers delegated by the proposed constitution to the federal government are few and defined.”  James Madison

"The natural progress of things is for liberty to yield and government to gain ground."  Thomas Jefferson

"The two enemies of the people are criminals and government, so let us tie the second down with the chains of the constitution so the second will not become the legalized version of the first."  Thomas Jefferson

“Government is frequently and aptly classed under two descriptions—a government of Force, and a government of LAWS; the first is the definition of despotism—the last, of liberty. But how can a government of laws exist when the laws are disrespected and disobeyed? Government supposes control. It is that Power by which individuals in society are kept from doing injury to each other, and are brought to co-operate to a common end. The instruments by which it must act are either the Authority of the laws or Force. If the first be destroyed, the last must be substituted; and where this becomes the ordinary instrument of government, there is an end to liberty!”  Alexander Hamilton