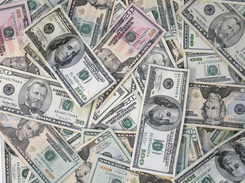 Rulers never undertake an unjust policy without prefacing it with some speech concerning public welfare and common good.” ~Anonymous

"The trouble with Socialism is, sooner or later you run out of other people's money."  ~ Margaret Thatcher

“Government is like a baby: An alimentary canal with a big appetite at one end and no sense of responsibility at the other.”  ~Ronald Reagan

"The proper role of government is to protect equal rights, not to give equal things."  ~Anonymous

"A Liberal is a person who will give away everything he doesn't own."  ~Anonymous

"You cannot help men permanently by doing for them what they could and should do for themselves."  Abraham Lincoln

“Socialism is a philosophy of failure, the creed of ignorance, and the gospel of envy.  Its inherent virtue is the equal sharing of misery..."  ~Winston Churchill

“The American Republic will endure until the day Congress discovers that it can bribe the public with the public's money.”  ~Alexis de Tocqueville

“A democracy cannot exist as a permanent form of government. It can only exist until the voters discover that they can vote themselves largesse from the public treasury. From that moment on, the majority always votes for the candidates promising the most benefits from the public treasury with the result that a democracy always collapses over loose fiscal policy, always followed by a dictatorship. The average age of the world's greatest civilizations has been 200 years.”  ~Alexis de Tocqueville

"The greatest prosperity comes from a free-market economy, with only necessary government regulations.  ~Anonymous

‎If the US Government was a family, they would be making $58,000 a year, they spend $75,000 a year, & are $327,000 in credit card debt. They are currently proposing BIG spending cuts to reduce their spending to $72,000 a year. These are the actual proportions of the federal budget & debt, reduced to a level that we can understand."  ~Dave Ramsey

“Class-warfare politics is bad enough when it is for real. But often it is as phony as a three-dollar bill, when the same politicians pass high tax rates on 'the rich' to win votes -- and then get financial support from 'the rich' to create loopholes that enable them to avoid paying those high tax rates."  ~Thomas Sowell

"I am for doing good to the poor, but I differ in opinion of the means. I think the best way of doing good to the poor, is not making them easy in poverty, but leading or driving them out of it. In my youth I travelled much, and I observed in different countries, that the more public provisions were made for the poor, the less they provided for themselves, and of course became poorer. And, on the contrary, the less was done for them, the more they did for themselves, and became richer."  ~Benjamin Franklin

"Debt is a burden, and can lead to bondage."  ~Anonymous

"Americans are so enamored of equality, they would rather be equal in slavery than unequal in freedom."  ~ Alexis de Tocqueville

"They that can give up essential liberty to purchase a little temporary safety, deserve neither liberty nor safety."  ~Benjamin Franklin

"The marvel of all history is the patience with which men and women submit to burdens unnecessarily laid upon them by their governments.  ~George Washington

"When you subsidize poverty and failure, you get more of both."  ~James Dale Davidson

"Property rights are essential to life, liberty, and prosperity."  ~Anonymous

"The moment the idea is admitted into society that property is not as sacred as the laws of God, and that there is not a force of law and public justice to protect it, anarchy and tyranny commence. If `Thou shalt not covet' and `Thou shalt not steal' were not commandments of Heaven, they must be made inviolable precepts in every society before it can be civilized or made free."  -~John Adams

You cannot legislate the poor into prosperity, by legislating the wealthy out of prosperity.  What one person receives without working for, another person must work for without receiving.  The government cannot give to anybody anything that the government does not first take from somebody else.  You cannot multiply wealth by dividing it.  When half of the people get the idea that they do not have to work because the other half is going to take care of them, and when the other half gets the idea that it does not good to work, because somebody else is going to get what they work for, that, is the beginning of the end of any nation.  ~ Adrian Rogers

"Government is not reason; it is not eloquence. It is force. And force, like fire, is a dangerous servant and a fearful master."  ~George Washington

A wise and frugal government, which shall restrain men from injuring one another, which shall leave them otherwise free to regulate their own pursuits of industry and improvement, and shall not take from the mouth of labor the bread it has earned. This is the sum of good government...."  ~Thomas Jefferson

“Were we directed from Washington when to sow, and when to reap, we should soon want bread.” ~Thomas Jefferson

“If once the people become inattentive to the public affairs, you and I, and Congress and Assemblies, Judges and Governors, shall all become wolves. It seems to be the law of our general nature, in spite of individual exceptions.”  ~Thomas Jefferson

"The two enemies of the people are criminals and government, so let us tie the second down with the chains of the constitution so the second will not become the legalized version of the first."  ~Thomas Jefferson

To compel a man to furnish contributions of money for the propagation of opinions which he disbelieves and abhors, is sinful and tyrannical.”  ~Thomas Jefferson

"The moment the idea is admitted into society that property is not as sacred as the laws of God, and that there is not a force of law and public justice to protect it, anarchy and tyranny commence. If `Thou shalt not covet' and `Thou shalt not steal' were not commandments of Heaven, they must be made inviolable precepts in every society before it can be civilized or made free."  --John Adams

“I predict future happiness for Americans if they can prevent the government from wasting the labors of the people under the pretense of taking care of them.  ~Thomas Jefferson

“The democracy will cease to exist when you take away from those who are willing to work and give to those who would not.  ~Thomas Jefferson

"With respect to future debt; would it not be wise and just for that nation to declare in the constitution they are forming that neither the legislature, nor the nation itself can validly contract more debt, than they may pay within their own age..."  ~Thomas Jefferson

"I believe that banking institutions are more dangerous to our liberties than standing armies.  Already they have raised up a moneyed aristocracy that has set the government at defiance. The issuing power should be taken from the banks and restored to the people, to whom it properly belongs."  ~Thomas Jefferson

"If the American people ever allow private banks to control the issue of currency, first by inflation, then by deflation, the banks and corporations that will grow up around them will deprive the people of all property until their children wake up homeless on the continent their fathers conquered."  ~Thomas Jefferson